As part of Star Academies’ commitment to being an outstanding employer, the multi-academy trust is celebrating after being accredited as a Living Wage Employer.

The Living Wage commitment will see everyone working at Star Academies and in its 24 primary and secondary schools receive a minimum hourly wage of £8.75 (£10.20 in London), significantly higher than the government’s minimum wage for over 25s, which currently stands at £7.83 per hour.

Around 15% of Star Academies’ 1,850 employees have benefited from a pay rise as a result of its commitment to the Living Wage. Two hundred and sixty employees in roles including teaching assistants, receptionists, junior administrators, cleaners and catering staff now receive a higher wage.

Star Academies’ commitment to the Living Wage Foundation’s principles has been embedded in its procurement practices and it extends to employees of contractors working in its schools – such as catering staff – also being paid the Living Wage.

The real Living Wage is the only rate calculated according to the costs of living. It provides a voluntary benchmark for employers that wish to ensure their staff earn a wage they can live on, not just the government minimum. Accredited employers pay the Living Wage rate, which is updated annually, on a voluntary basis. Since 2011 the Living Wage movement has delivered a pay rise to more than 150,000 people and put more than £600m extra into the pockets of low paid workers.

Star Academies is also a member of the Valued Workers Scheme. The initiative, which is promoted by the NASUWT, GMB, UNISON and Unite trade unions, recognises employers that are committed to valuing their staff and treating them fairly, equitably and consistently.

“I am enormously proud that Star Academies has been accredited as a Living Wage employer. We recognise that our employees are our greatest asset and we are very fortunate to have extremely talented people working in our schools and the Trust. The Living Wage principles are closely aligned to our organisational values, which include respect and treating others as we wish to be treated.

“By paying the Living Wage to our employees and requiring our contractors to do the same, we are setting an example and improving pay conditions. All of our staff work so hard for us in order to transform the educational achievement of the nation’s young people so they deserve to be rewarded with a real Living Wage.”

“This announcement is great news for staff at Star Academies who all play such important roles in the success of their schools. It is especially welcome that Star Academies has committed to ensure that people working in its schools who are employed by external suppliers, such as some cleaning and catering staff, will also receive the real Living Wage.

“The real Living Wage is the very minimum that workers need to live decently and adequately provide for their family. Star Academies is showing the way in valuing the contribution of all of its staff, and UNISON is working to encourage other academy trusts to follow their lead.”

“We’re delighted that Star Academies has joined the movement of over 4,000 responsible employers across the UK who voluntarily commit to go further than the government minimum to make sure all their staff earn enough to live on.

“They join thousands of small businesses, as well as household names, which recognise that paying the real Living Wage is the mark of a responsible employer and, like Star Academies, believe that a hard day’s work deserves a fair day’s pay.” 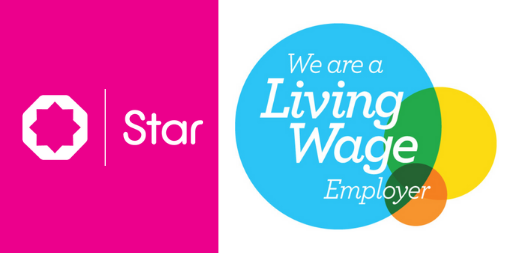 Star Academies ‘top of the class’ in MAT performance tables

Star Academies has been named the top performing Multi Academy Trust (MAT) in the country for the second year running following an exceptional performance by schools run by the trust.